I dropped off the scene for a bit-by-product of teaching a course at the University of Idaho, but alas, I am done now and can devote all my time to real estate and my website. 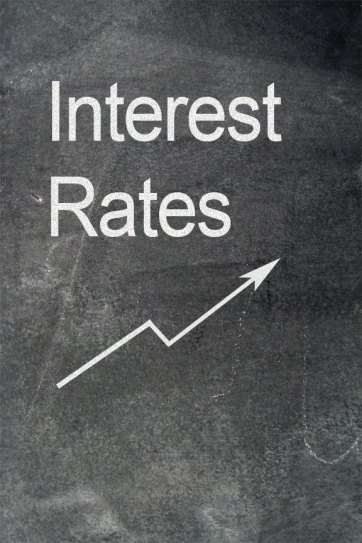 Which brings me to today’s post. The Federal Reserve Chair, Janet Yellen, announced that the Federal Open Market Committee voted unanimously to raise the short term, federal funds interest rate by a quarter percentage point, explaining that maximum employment and price stability are signs of a robust economy. Furthermore, the committee intends to continue with gradual point hikes, aiming for 2 percentage points (currently as of today the fed fund rate is .5o percent) over two years, the goal being to hold a neutral position and 2 percent inflation. The committee plans for the fed funds rate to reach 1.4 percent by the end of 2017, 2.1 percent by the end of 2018 and 2.9 percent by the end of 2019. After throwing out those numbers, she buffered them with a disclaimer- that future economic policy could impact their rate hike plans and, in general, the economy is highly unpredictable, so they are prepared to adjust these rate hikes as the economic factors warrant.

Okay, enough of the geek talk Shannon; just give it to me straight. What does this mean if I am looking to buy or sell a house?

Well, most financial analysts agree that the current hike is, so-to-speak, baked into the cake already. Banks knew this was coming and planned for passing along the costs to their customers, so they have already raised rates in anticipation of today’s fed funds rate hike. The average rate available for a 30-year fixed mortgage rate has gone up since October from 3.5 percent to 4.15 percent and as a result, will not go up this week more than say what you could have gotten last week. Last October, you would have paid $75 less for a monthly mortgage on a $200,000 home than today which is not grounds for most people to throw in the towel and say rentals, apartments, and landlords-oh yay! At the moment, the rate hike won’t impact the housing market too much. Buyers will still be trolling online property sites and sellers listing their homes on those sites.

That said, I’d suggest not forgetting Janet Yellen’s long-term plan of gradual increases with the aim to reach 1.4 by the end of 2017. If Federal Open Market Committee keeps to their goals, banks will likely be proactive and raise their rates in anticipation of those little .25 percent rate hikes that’ll happen to get us from .50 percent up to 1.4 percent. If these happen as planned, that $75 dollar increase on the $200,000 home, will gradually turn into a $300 increase, and that folks, will impact the housing market. How cannot be exactly pinned down as markets around the country vary, but I suspect in Moscow buyers will buck up for the first .50 percent hikes and continue to make offers close to asking price but as the rates continue up and there are still a lot of buyers in the sidelines looking for homes in our little town, those offers will start to come in lower and not at asking price.

In other markets, this will likely impact the number of sellers selling, meaning less will go on the market knowing they cannot get the price they’d hoped for, but Moscow is unique in more than it having good diverse cuisine, beer and wine. It is a small college town bordered by another small college town which translates into consistent real estate movement, university new comers moving in and university peeps bound for another college. I won’t be so fool-hardy to make a real estate prediction here. I’ve seen many economists far more knowledgeable than myself play that game and lose. I’ll just leave it at don’t mistakenly equate Moscow’s population with small town real estate. Moscow’s real estate market doesn’t act like a small town now, and unless the two universities and Schweitzer kill over in a few months, it certainly won’t in a year or two after multiple rate hikes.

Shannon May, your local REALTOR® 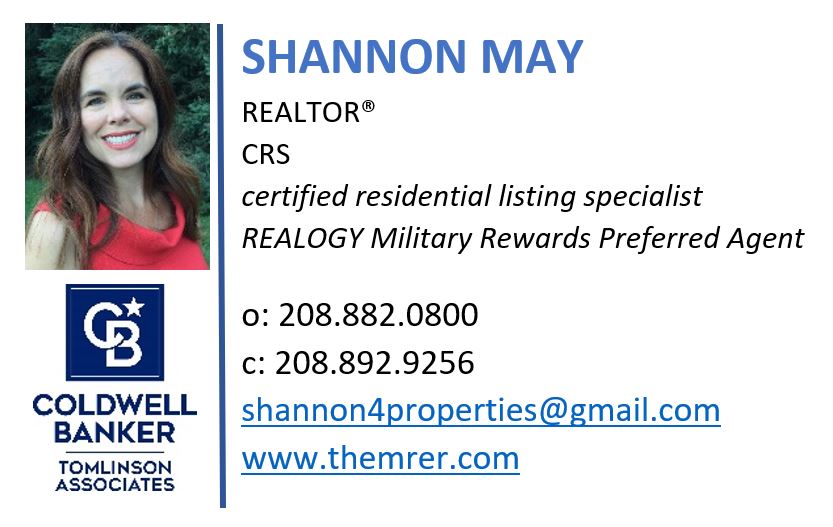